Alumni Zebedee Njisuh, Cameroon on the importance of communicating your research 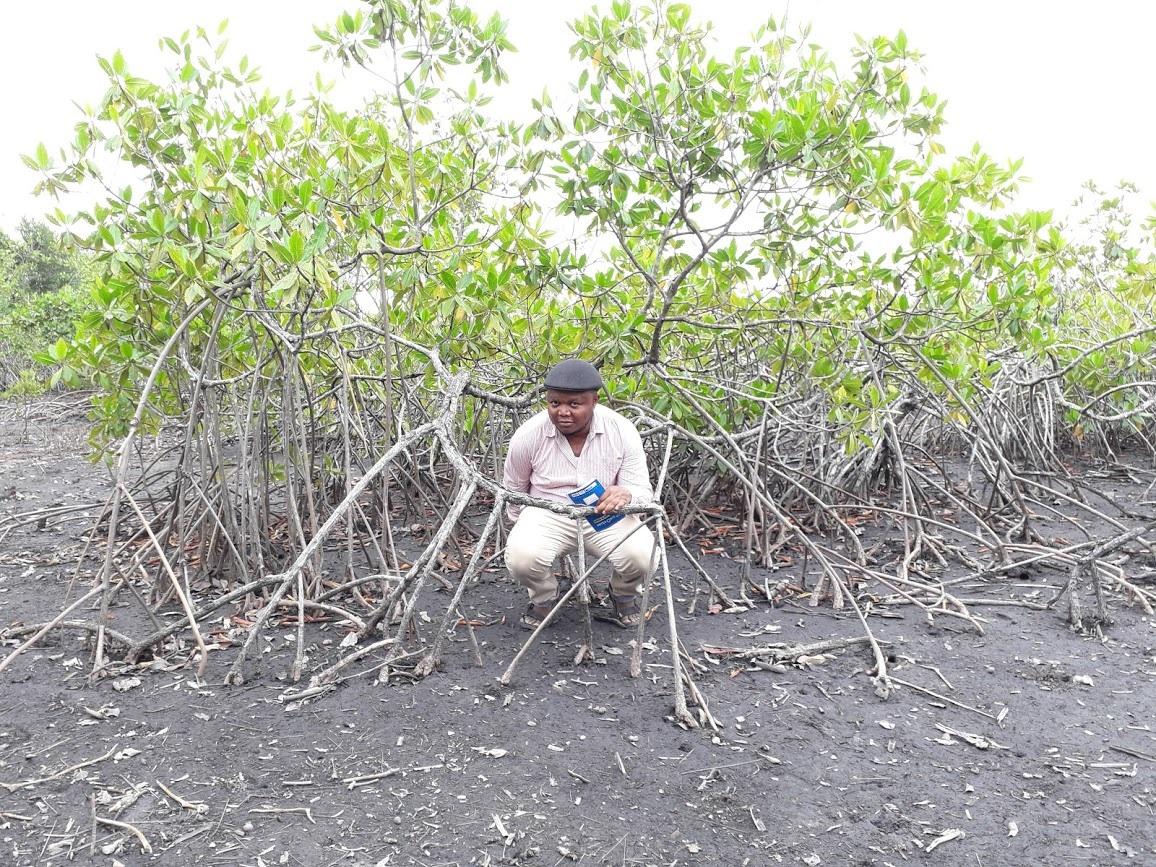 Zebedee in the Sherbro River Eustuary one  Sierra Leone's MPAs

Batch-4 (2010) graduate from Cameroon, Zebedee Njisuh talks about how MESPOM helped him understand the role communication plays in making sure scientific research is useful and has a real-world impact.

Over the last four years, I have been working across West Africa for a USAID funded program called West Africa Biodiversity and Climate Change Program (WA BiCC) as their Coastal Resilience and Adaptation Specialist. Before joining WA BiCC, I was the technical lead that directed the scoping studies that resulted in the design of the WA BiCC program. As a WA BiCC staff, I was able to contribute towards the strengthening of National Adaptation Planning (NAP) processes for six West Africancountries, and deliver various climate change vulnerability assessments and field-based interventions that culminated in strategic policy frameworks promoting coastal resilience across West Africa.

I will be joining Ramsar Convention’s Secretariat in Switzerland from April this year, as their Senior advisor for Africa.In this position, I will be supporting contracting parties to promote the implement the Ramsar convention across Africa and globally.

I have been working in the fields of biodiversity and coastal ecosystems management for the past 19 years. I believe that with my experience and with knowledge from the other three senior regional advisors of the convention, I will be able to guide African countries to improve management effectiveness of Ramsar sites of international importance across Africa and beyond.

You have such a diverse background, you already had a master’s degree before the MESPOM program, what was your primary motivation behind applying to MESPOM?

The policy aspects of the program motivated my MESPOM Journey. I had some technical expertise, and I saw MESPOM as an opportunity to scale up my knowledge into something that could help influence people's ideas, such as policy, law or legislation.Secondly, during the program,I found out that to work in the environmental sector, you must be versatile and have a diverse set of skills. MESPOM was able to give me a little bit of everything through cross-cutting courses, in some of the best universities across Europe.

After MESPOM I have pretty much remained in my speciality which is Wetlands Management, but I have been more confident in taking on other responsibilities that go beyond just technical assessments. For instance, I have been leading teams, developing policies and communicating (raising awareness using various channels). My peers during the program had a lot of diverse interests, so it was an excellent opportunity to learn from them. I do a lot of writing nowadays apart from academic publications, such as blogs and articles on the projects I am working on. I have become more confident, and I understand that you don't need to necessarily write as a famous publisher to get the word about your research out there.

The program also helped me understand that, whatever we do, if it is not communicated, then it is not useful. Everything we do as practitioners, is meant to inform people, if you have thoughts and ideas and you leave them on the shelf, it is just as good as you never did it.