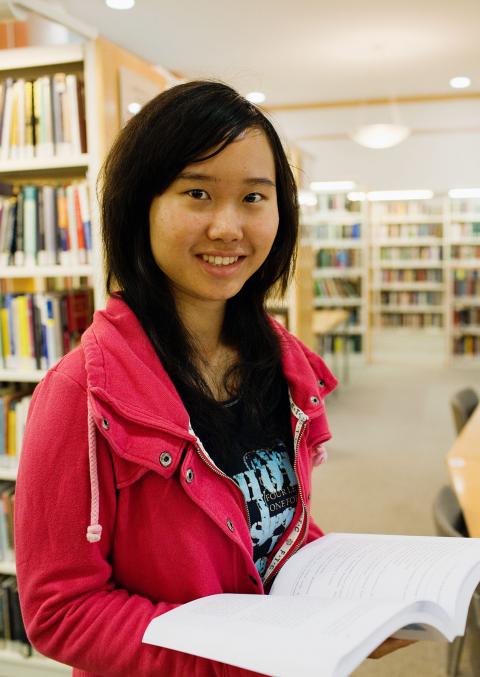 A MESPOM 2009/2011 student spending her third semester in the University of Manchester has picked up top accolades in a prestigious competition organised by the British Council.  Chinese student Tian Peng has been named the North West Region‘s Shine International Student of the Year 2011.

Now, Tian, overall regional winner, is preparing to challenge for the title of overall International Student of the Year 2011.  As one of 12 regional winners she will travel to London on April 13 to meet a final judging panel, before going on to have their extraordinary achievements honoured in a national awards ceremony.

Tian was one of more than 1,200 students, from 118 countries to enter the ninth annual International Student Awards – a major initiative from the British Council that shines the spotlight on international students and their contributions to life in the UK.

In a bid to take home a prize, students studying at universities, colleges of further and higher education, schools and English language institutions across England, Northern Ireland, Scotland and Wales shared stories about the extra-curricular achievements that illustrate how they are making the most of their time in the UK.

To enter, each student was asked to write a personal ‘letter home’ in English, detailing the out-of-class achievements that help make their time in the UK so rewarding.

A judging panel met last month to discuss the merits of short-listed entries from the region. Tian’s letter was judged to be North West Region’s most impressive and she will receive a £1,000 prize. The ultimate winner of the International Student of the Year 2011 title will receive a £2,000 prize at the competition final, to be held in London in April.